Mark Zuckerberg announced that Video is Facebook’s biggest priority in 2016 and he wasn’t saying that lightly. Today, you are finally able to have a whole chain of interaction with Video. Facebook Video Comments and Replies are finally here!

But it does not just stop there. It’s only that you can reply with pre-recorded videos. You can actually reply with video in real time. Just tap on the video icon, hold the red button and you can record your instant reply. Contrary to Snapchat’s 10 second videos, Facebook Video Comments are 15 seconds.

According to Digital Trends, this feature is only available to a small number of users who are seeing a pop-up warning about the new feature. However, I tried it and it worked, even though I did not have the pop up. It’s worth popping over to Facebook and checking for yourself.

I am extremely excited about this. I am not really sure how I am going to use it yet. For a starter, this will cut my time spent on Facebook. I tend to waffle a lot and written replies take time editing. Not only that, I have a terrible attention to detail and I always miss typos. I no longer need to worry about these. Video Comments could be a great strategy for Facebook groups. It can create a truly personal feeling and build relationship with the Facebook audience. For Facebook Group owners, you can create video ladders with your members. It can create a truly collaborative environment. I will definitely try that in my Peri10k community.

What about you? Do you have any creative ideas for using Facebook Video Comments for business? Let me know in the comments. 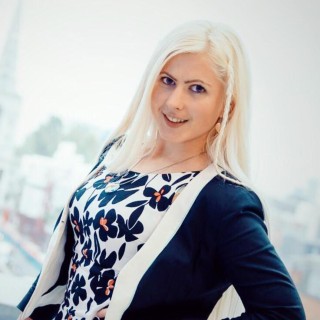 This website uses cookies to improve your experience. We'll assume you're ok with this, but you can opt-out if you wish.Accept Read More

This website uses cookies to improve your experience while you navigate through the website. Out of these, the cookies that are categorized as necessary are stored on your browser as they are essential for the working of basic functionalities of the website. We also use third-party cookies that help us analyze and understand how you use this website. These cookies will be stored in your browser only with your consent. You also have the option to opt-out of these cookies. But opting out of some of these cookies may affect your browsing experience.
Necessary Always Enabled

Any cookies that may not be particularly necessary for the website to function and is used specifically to collect user personal data via analytics, ads, other embedded contents are termed as non-necessary cookies. It is mandatory to procure user consent prior to running these cookies on your website.